Microgrids a Solution for Local Energy Demands Grid-tied electrical energy systems based on central energy production are inherently inefficient and overall cost is much higher than off-grid or microgrid systems. Off-grid electric 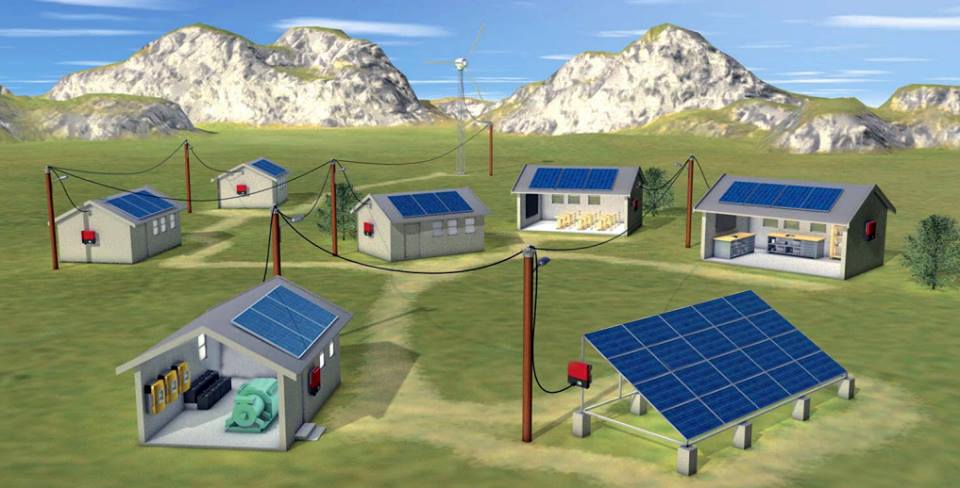 energy systems as well have their disadvantages as they need to meet peak energy demands rather than cover average energy demands. In addition, some form of energy storage is required as energy generation is not consistent throughout the day or the season and is generally sized to meet the peak energy demands . A solution to these disadvantages is found in microgrid systems where a community, town or city shares the electricity through bidirectional power management units. In this scenario every household requires a much smaller energy production system as it only needs to meet the average energy consumption whereas peak demands are covered by the microgrid which is coupled to peak demand generators that run on carbon neutral biofuels. Individual storage capacities are reduced or eliminated as the number of units in the microgrid increases. Where microgrids are not an option in an off-grid scenario, integration of a small peak demand generator (3-10 KW) reduces the size of the primary energy production system such as photovoltaic or wind to meet the average demands and minimizes the need for large storage capacities.